Now and then my big dog Mick and I will travel slowly through the thickest of our valley's woodland acres to reach some "secret shrines"-- those special scattered spots among the trees where sunshine penetrates.
We move together through the coolness of the tree-created shade until we spot broad shafts of sun ahead amidst the greenery, and there we find one of those favored spots, where we'll rest until we rise to seek yet another of our secret woodland shrines.
It is always quiet in these places. On a sunny afternoon such as this superb October day, there is a special warmth and fragrance; a soothing peace.
Mick and I can almost always find a log on which to sit, and prayerfully we ponder there.
And soon we rise again, refreshed. 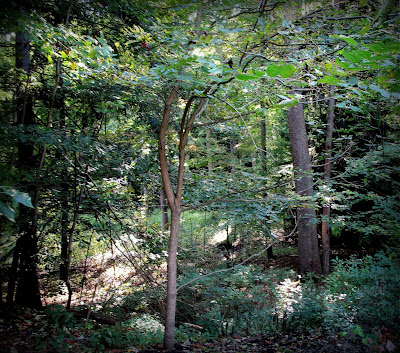 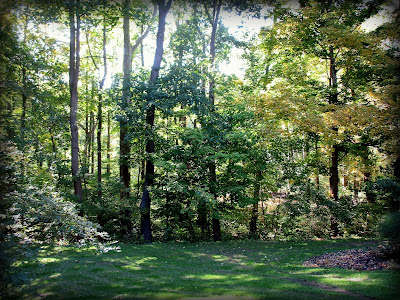 SPEAKING OF ANGELS AMONG US...

I happened to hear a woman today speak of angels among us.

She described her perception of what they would be like if we humans could see them, sit with them, walk with them, feel and hear them...

I was touched by what she described, for her words very much brought to mind what I see as one of God's great gifts to humans... 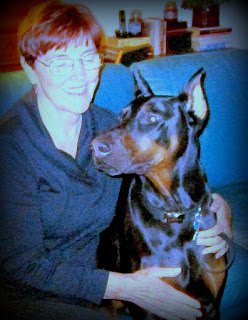 The marvelous creature we know as the dog!


Posted by roseabouttown (Rose Moore) at 9:20 AM

AN AFFAIR OF THE BRAIN AND THE HEART...

AN AFFAIR OF THE BRAIN AND THE HEART
by Rose Moore, written March 2011 in  www.roseabouttown.com

AFTERNOTE: Rose About Town needs to tell you that, before these thoughts were posted in 2011 on her blog site, she had never before written publicly about any part of her own experience with brain injury; and may never  do so again. She was inspired by Lee Woodruff's column that weekend and by her ongoing prayers for the recovery of Congresswoman Gabrielle Gifford and her own brain injury.
AND NOW TODAY, in October 2016, at the age of 76, she shares the posting again. This morning, in the east window of her home library, she sat in comfort watching the beginning of the new day, and she was overcome with gratitude for all the days and weeks and months and years with which God has gifted her. .
You can share your comments with her at randrmoore@gmail.com
Posted by roseabouttown (Rose Moore) at 8:33 AM