A SPECIAL TREE AMONG THE COLORS...

In 2009, beavers took a lot of trees from our back property, and I openly worried about a little sapling that had held its golden leaves past autumn every year, far beyond the other trees.
Its leaves were curved and balanced in such a way it looked (to me, anyway) like a golden Christmas tree.   One afternoon in late October 2010, I looked out the window and saw Bob installing a protective fence around that sapling, to protect it from the varmints. He had responded to my open worry about that baby tree.
In October 2011, as dusk was settling in, I took a photo of that little sapling (left foreground of the photo), for it had grown a lot since the previous October---thanks to my husband, who knew his effort to protect the tree impressed me! Better than diamonds and candlelight!
And now I share a brand new photo of that tree, taken just after sunset on this evening of October 2014. The tree is thriving, growing tall and lovely; taller every year.
I still see it as my autumn Christmas tree. Every year its brightly tinted leaves still cling beyond the winter holiday. It still impresses me.
So does my husband, whose down-to-earth, romantic efforts saved that tree.

WHEN I SAID GOODBYE TO THE OLD PAINESVILLE HOSPITAL...

AFTER-NOTE: The old hospital was demolished in 2009, the same year my old high school in that city was demolished. The replacements for both buildings have been stellar, but that does not erase the nostalgia for two old buildings that served our people well for generations.

Posted by roseabouttown (Rose Moore) at 6:55 AM

PHOTOS AND A THOUGHT FOR THIS OCTOBER DAY...... 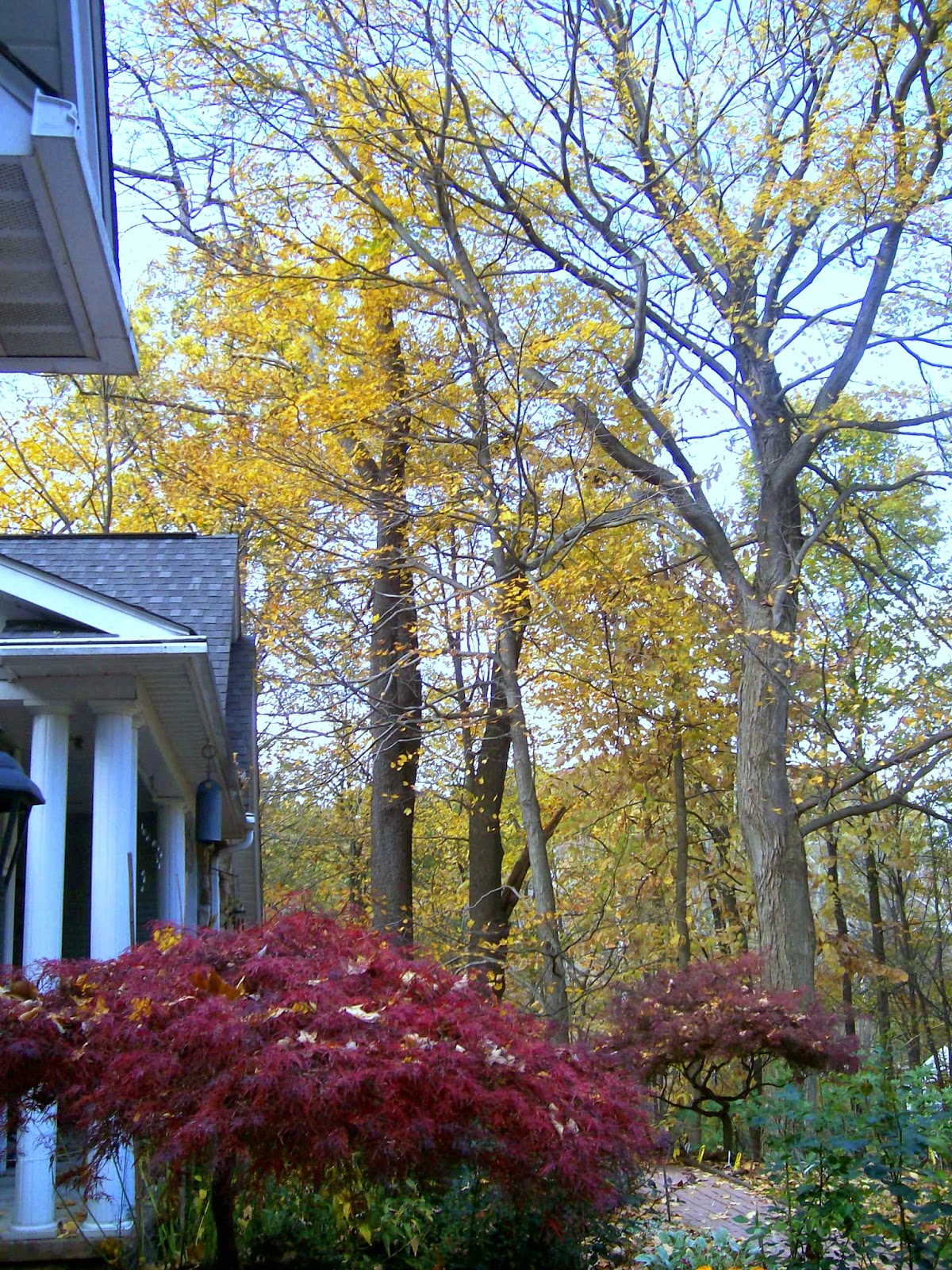 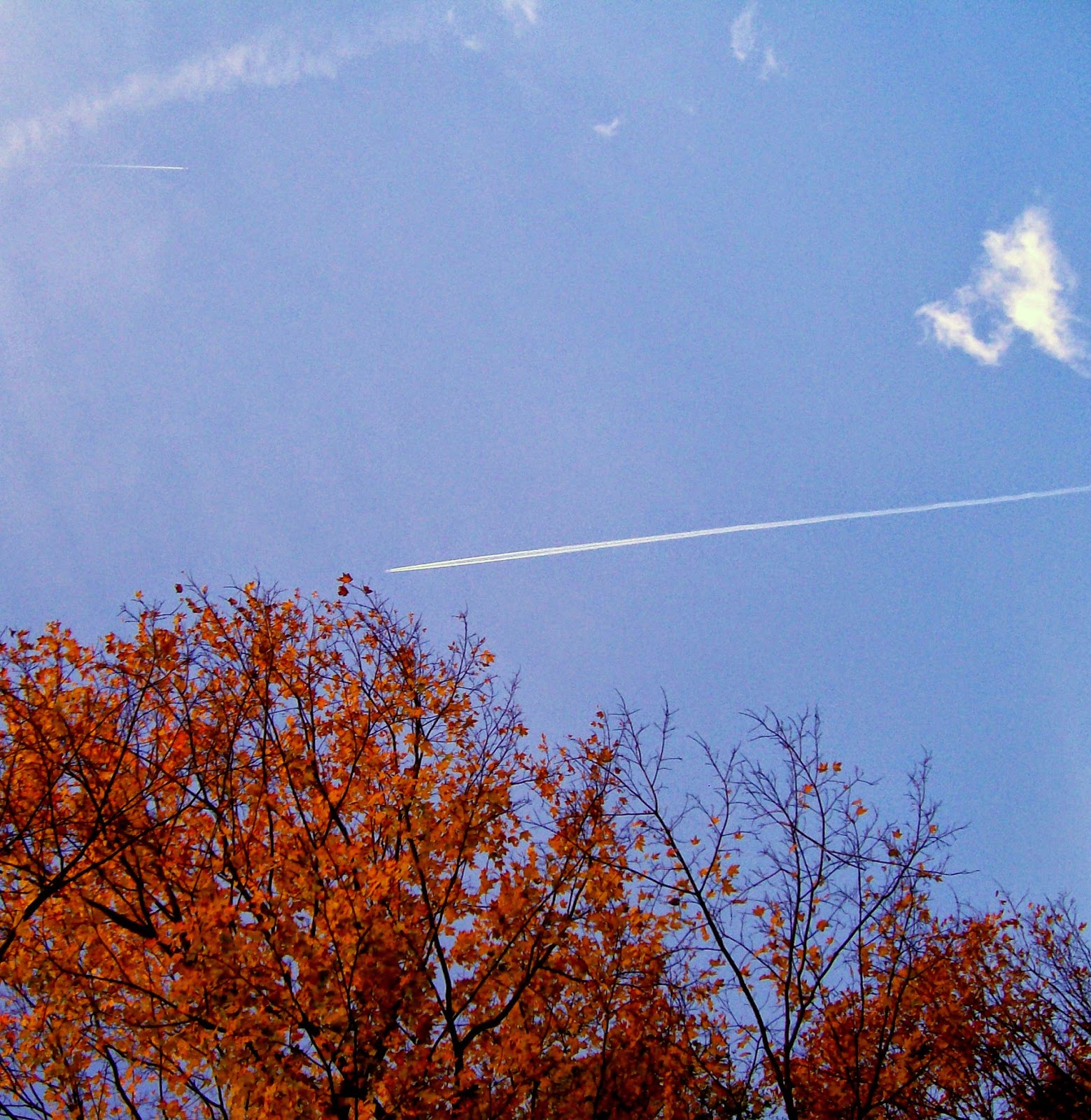 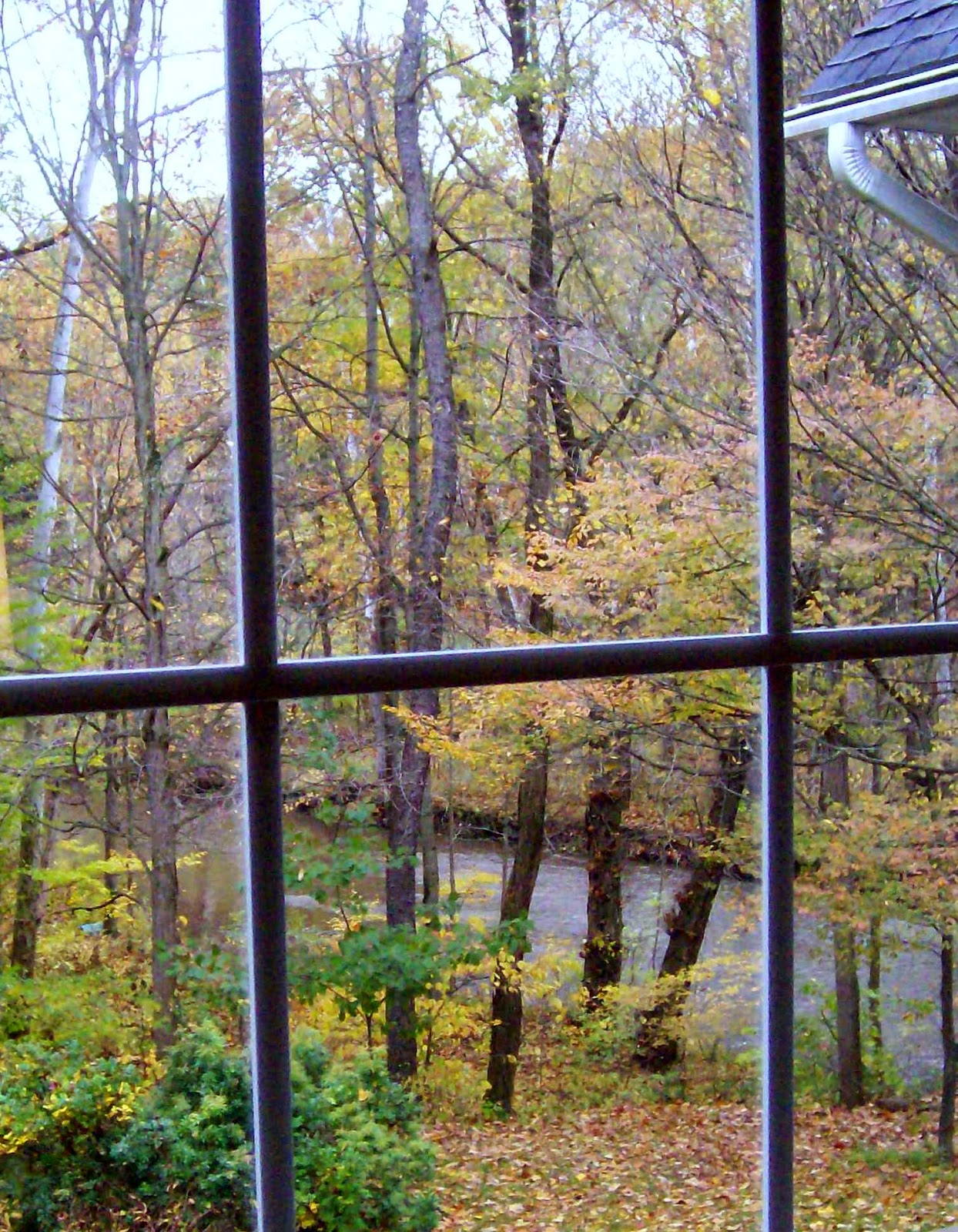 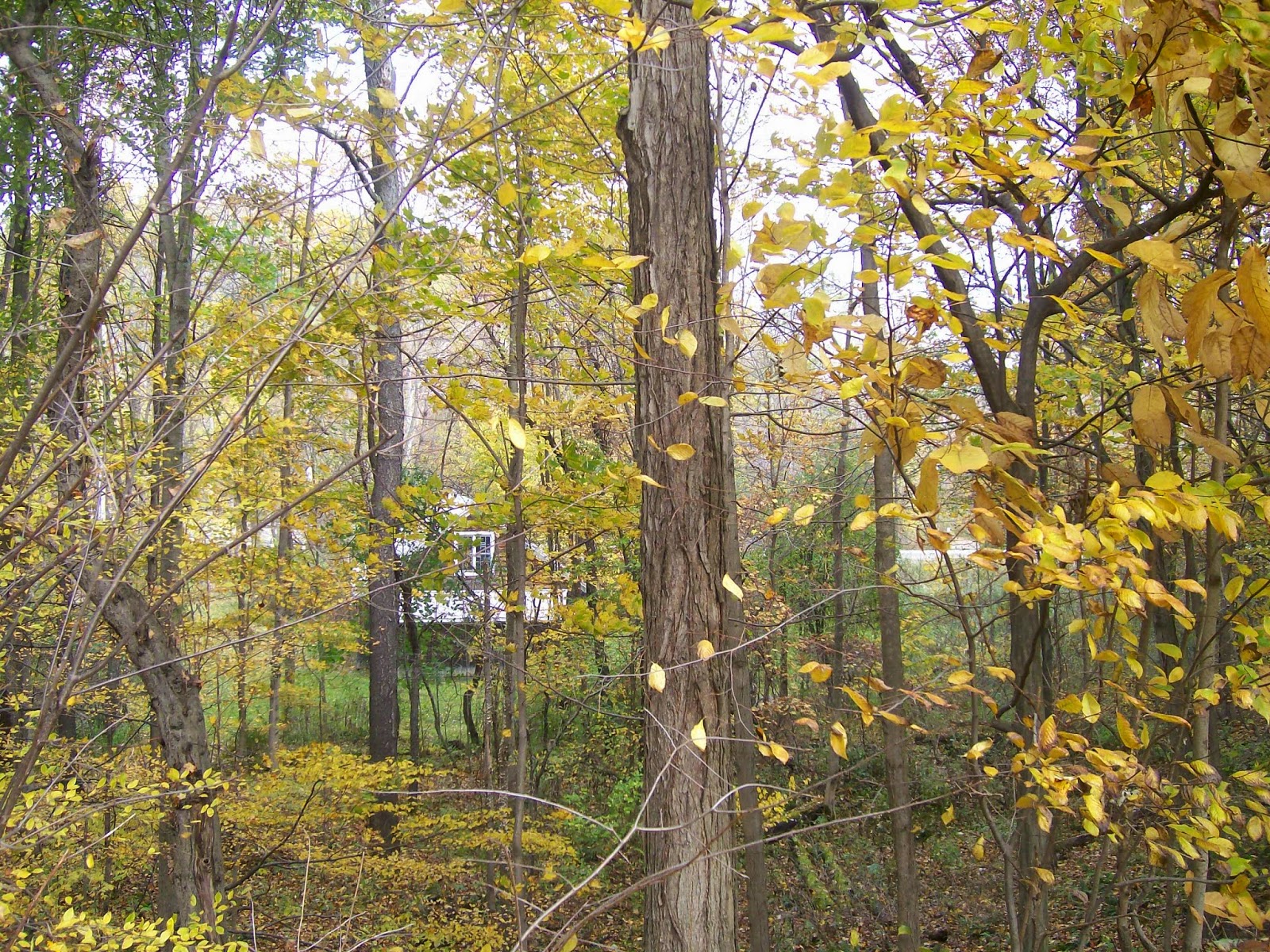 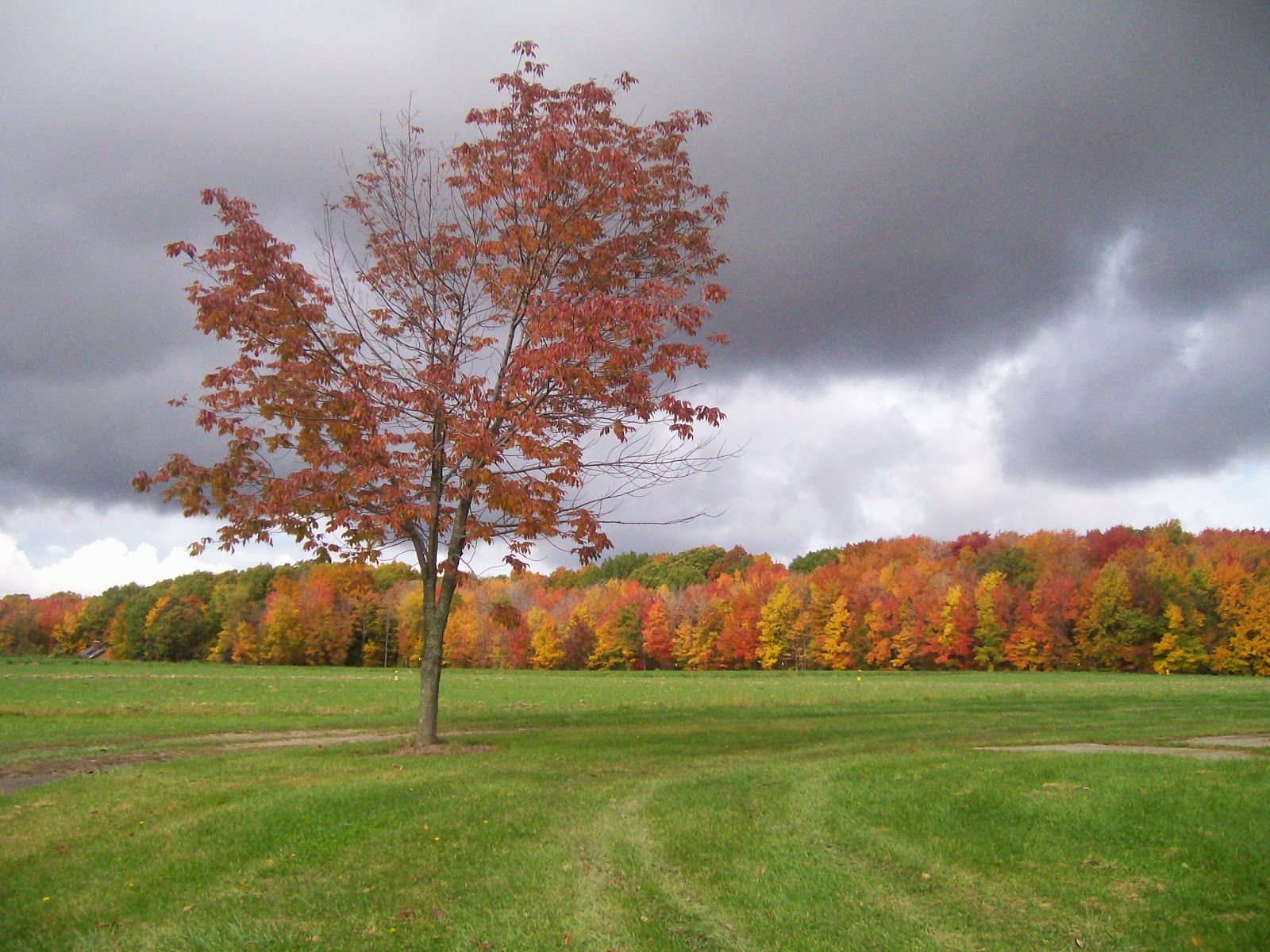 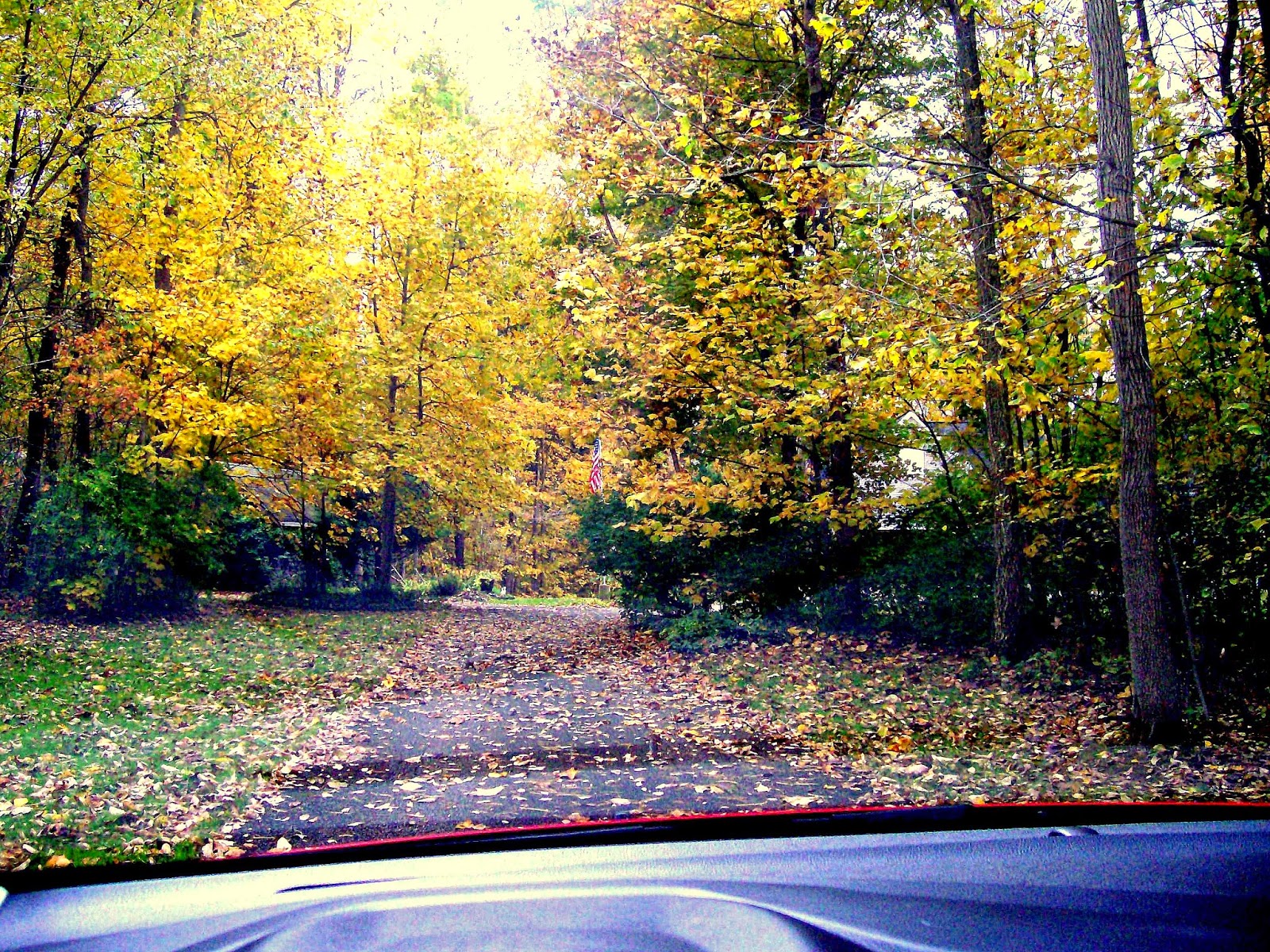 "For all its faults, I love October.
Its glories more than make up for its faults." ~ Rose Moore
Posted by roseabouttown (Rose Moore) at 4:36 PM