WHAT IS MARRIAGE FOR?...


To my grandniece Emily and her beloved Wyatt who will soon be married: I wish we could be with you on that blessed day, but unfortunately that isn't possible. Instead, I share some thoughts I wrote during Bob's and my Golden Anniversary week in 2010. I have a feeling they will match the attitude with which the two of you are entering your union. 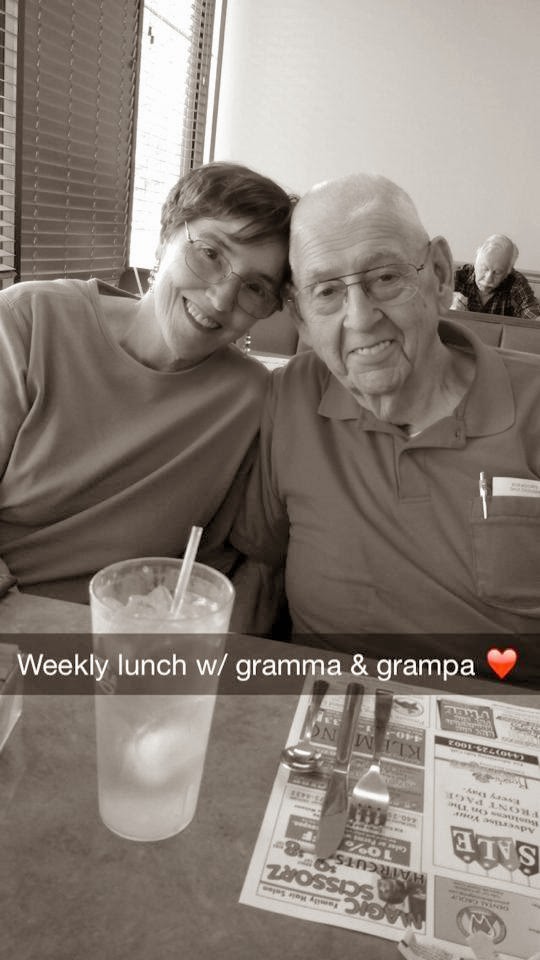 "In these times, marriage has been the subject of a great deal of controversy. Most of what is printed usually delves into such things as the government's role, the political questions, the gay versus straight, the religious side, the history and a whole lot more.
In our golden anniversary week in September 2010, perhaps by mere coincidence, we found a pamphlet in our mailbox with the headline, "What is marriage for?" Bob and I chose not to pay attention to such a question. For us it was enough to know what marriage has been for the two of us.
We have had a strong and loving partnership. We have worked together and played together; raised children together and married those children off; lost loved ones and gained loved ones...
We have learned things and forgotten things; made money and lost money; gloried over triumphs and together handled disappointments; lived with health and lived with illness...
We have laughed and we have cried. Our years have been filled with joys as well as sorrows, but they have never NOT been filled with love. We have lived a great many more years as a married couple than we lived as single people, and we have never NOT wanted to be with each other.
As another anniversary nears for Bob and me, we are grateful for the years we've had together, and we pray for as many more as providence can send us.
So, what is marriage for? For us it's been the way to live, and we've been blessed.
We wish a plentitude of blessings to the two of you as well."

Love from Bob and Rose