THINGS YOU DIDN'T KNOW ABOUT THE BIRTHDAY GIRL (OLDE ROSE)... 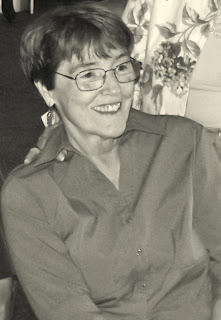 Who am I ? I'll give you some clues, be they trivial or just plain silly.
(After all, I have to have my yearly birthday fun).

*I was born in August 1940 in Lake County, Ohio. By choice, I still
live here, though I did grow up with ten siblings who did not choose
to stay here.
*Even though our family went without a lot, as did many families in
that era, there were always books in our home, and we were grateful
for that.
*I went to Catholic elementary school in the days when nuns wore long
black wool dresses and starched habits that stood out beyond
their ears on either side. And those nuns were strict!
*My childhood nickname in the neighborhood was Pee Wee, for I was
short and stubby and didn't seem to grow a bit until I finished grade
school. One day the parish priest saw me standing near a fire hydrant
in a bright red dress, and he said I looked just like the fire hydrant and
was not much taller!
*As a woman, I am strong but I try hard not to be a witch. I am more a
populist than I am a feminist. Unlike many modern feminists, I
genuinely like men; they are not the enemy.
*I am an Independent, but I can bend. I can be bipartisan, but I am
not bipolar or bisexual or bi-much-of-anything-else.
*I am well past retirement age and not ashamed to say so. I wear
bifocal glasses and underneath them I wear cataracts. I have
age-related "liver spots" on my hands, but I refer to them as
freckles, though I know better.
*I have three grown sons with offspring of their own, and I am
happily a grandmother. But you'll never see me in a sweatshirt or a
T-shirt that says Gramma. I do, however, love to be around the young;
I gain such energy from them.
*I feel close to God when I'm outdoors with nature; I love the
outdoors in all seasons. But when it's cold and rainy and my
joints are achy, I admit I'd rather be indoors looking out!
*In the winter, I love my wood-burning stove. And yes, I do love snow!
It generates some youthful memories of ice skates, snowmen and
toboggans. More than 54 years ago, I met my husband at a tobogganing
party on a snowy night. How could I not love snow and toboggans?
*I like big dogs, and yes, I do have one. His name is Mick. He weighs 100 pounds; at least. When I am seated, he can easily communicate with me at eye-level. When I am standing, I can
scratch his ears without bending over. And luckily, I'm still able to
carry a 40-lb bag of dog food!
﻿﻿﻿﻿
*Never as a child did I own, or want to own, a doll. Mom had all those real-life babies, after all, for a Big Sister to play Mama to.

*I keep farmer's hours--early to bed and early to rise! I love to see the sky, but I also love
to see the sky at night. So when I get
out of bed for any reason in the night, I always peer out at the sky.
*I have a John Deere tractor, and I've been in love with it for years.
I am the family lawn keeper; mowing clears my mind.
*When I was a little girl, my knees were always scraped from roller
skating, scootering and hopscotching along the city sidewalks. Now my
knees are scraped from gardening, and my nails and hands are often
stained because I love to plunge bare hands into the soil as I work.
*I still know how to drive a stick-shift car; after all, I learned to
drive in such a car and drove that type for many years. But I confess,
now that I am older, I like the comfort of a car with automatic
everything! (Even better if the color is bright red!)
*I learned to fly an airplane when I was 24. I loved it!
*I'm not afraid of water, but I never learned to swim.
*From childhood, I've had my mother's low-pitched voice, though it has
become quite hoarse with age. Because of the low pitch of my voice,
I could never scream, and I still can't scream.
*There is only one of me. Some people might say that is one too many!
*I have been in news, one way or another, since the late 1950s, but I
became a writer on my very first day of first grade in 1946. Entering
the classroom, I saw a small chair near a big blackboard, and above
the blackboard stretched a row of colorful alphabet letters. Something
came over me. I grabbed the little chair and, turning my back to the
classroom, I sat and pondered the letters. I seemed to be alone in a
wonderful world of letters, and I didn't intend to leave it. Sister
Agnita firmly led me to my desk among the other children, but a door
had already opened for me. From there, the letters (and then the reading
and the writing) would become a permanent part of all of my days.

FOR BETTER OR WORSE, you now know a little bit more about me.
I have written this column since the early 1990s. I expect to appear
in these pages until they usher me out out, and it's only fair that you
know the kind of person you're dealing with when you read my column
every week.

I hope you'll read it anyway!

('Olde Rose Moore' can be reached at randrmoore@gmail.com)