BLOGGERS NOTE: AFTER ALL THE YEARS, I'M BEING ASKED TO POST THIS BLOG YET AGAIN, THIS 16TH OF APRIL 2021 ... APPARENTLY THIS TREE STILL LIVES IN LOCAL MEMORY:~~r. moore
IT WAS 2-27-2014, WHEN I FIRST POSTED A PHOTO ON FACEBOOK OF AN OLD OAK TREE THAT NO LONGER EXISTED. SOME PEOPLE ASKED THAT I TELL THEM MORE ABOUT THAT TREE. 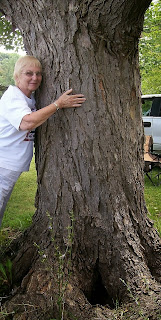 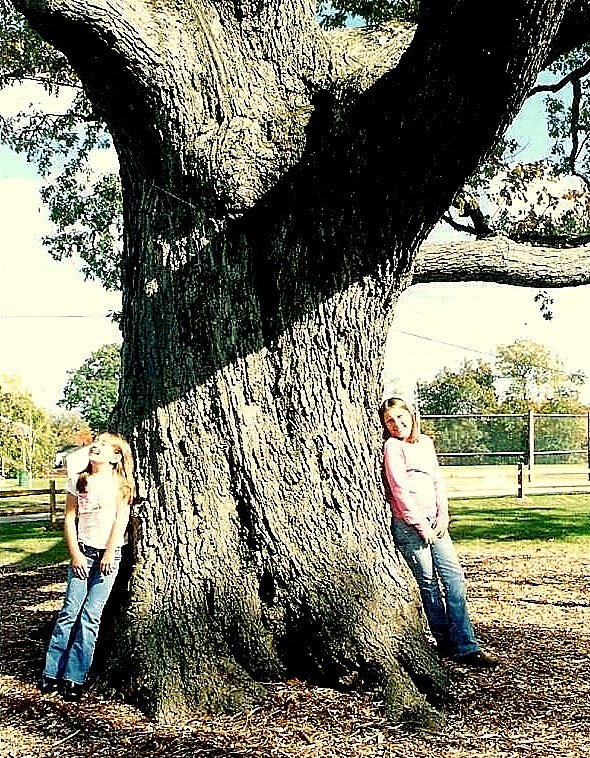 I'VE ALSO INCLUDED THE "THROWBACK THURSDAY" PHOTO OF TWO LITTLE GIRLS WITH THE TREE. THE GIRLS HAVE GROWN INTO ADULTHOOD NOW; THE TREE IS GONE!--Rose Moore
Posted by roseabouttown (Rose Moore) at 6:30 AM