Posted by roseabouttown (Rose Moore) at 10:14 AM 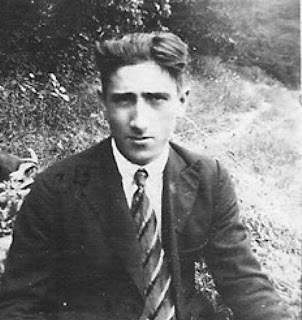 EXTRA NOTES FROM ROSE: *My dad's whole family had musical talent. I inherited an appreciation for music, but not a talent for it. Dad played piano, but his forte was the trumpet, until he got so busy supporting his big family that he had no time for it. *Not many people know Dad also had a hankering, from his younger years, to learn to fly an airplane. The reason I know that is, when I was about 10 years old I told him of my own dream to fly. He shared his secret yearning to do that himself, and he also told me that, if I had what seemed like an implausible dream and I had the chance to pursue that, I should try my best not to let that chance go. I thought about that when I soloed in 1965.
Posted by roseabouttown (Rose Moore) at 10:11 AM