CHARDON, OHIO: TRAGEDY PROVES THE SPIRIT OF A COMMUNITY... 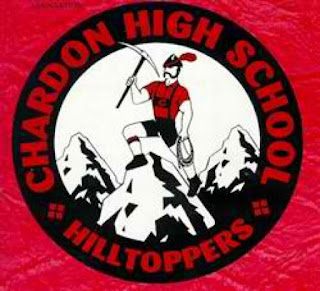 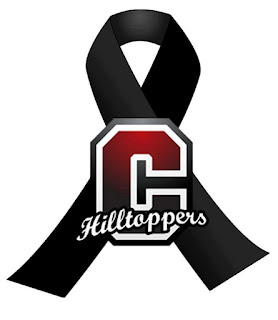 BY ROSE MOORE, COLUMNIST
With permission of Gazette Newspapers, The Lake County Tribune
Published March 9, 2012
What a pretty, blue-sky morning it was! My husband and I were sitting at the windows shortly after 7:30, sipping coffee and enjoying the view and the presence of a dog at our feet. The phone rang, and the tone of that morning suddenly changed.


Our son and daughter-in-law had just received a text from our granddaughter Katie; who was locked into her science classroom. The entire Chardon High School was in lockdown; there had been gunfire and commotion, but so far Katie was safe.


I, who am known for my complaints about the proliferation of texting among young people, was suddenly very grateful for that hi-tech nuisance. The radio bulletins had begun about that time, and were it not for Katie's texting, we would not have known whether or not she was among the victims.


It would be hours before the crowds of parents who clustered anxiously outside the Chardon High School would be reunited with their youngsters. It was a long morning, a long day, a long week... On the morning of the shootings, Bob and I sat beside the radio as news of the results of the shooting grew worse and worse. Five students were shot...
By mid-week, three Chardon High School students were dead and two were seriously injured. One will have a long haul of hospitalization and rehabilitation in his efforts to be able to walk again.


I was surprised to learn that school officials and the staff, with Chardon and Geauga police, had run drills in the event such an unthinkable thing would happen. Those drills turned out to be of great value; everyone knew what to do, including students, school officials and police.


As first-responders poured into the community, with many arriving from surrounding communities and counties, they seemed to work together as if they'd always worked together.
What was most amazing was the strength and maturity of the students in the aftermath. Red was the color adopted by the young people, and the next afternoon as I passed through the community, Chardon was filled with that color. Quietly, groups of students clad in their red-and-black school colors, were moving through the town, wrapping red ribbons around the trees as symbols of their support for their school; its staff; each other; and the fallen students.


As Geauga County Sheriff Dan McClelland said in a news conference during the week, "The students set the example; they showed us what to do... " And Chardon Schools Supt. Joseph Bergant II told the community, as he and the staff planned details of returning the students to school, "We will listen to the students; they will be our cue... "


The teens showed up at vigils, had vigils of their own; comforted and worried about their parents... Soon young people from schools throughout northeast Ohio were showing support by wearing Chardon's red-and-black colors and sending photos of this support to others through social media and other sources...


The support grew until a rallying cry of support began to be heard throughout northeast Ohio: "This week we all are part of Chardon!"


As the school set up its plans to stagger opening days---first the staff would return, then the high school students, then all the students---the senior class was organizing its own opening day plans. They sent notice of those plans to their schoolmates, through social media and other means.The outcome was profoundly moving.


First the seniors held a prayer session early in the morning around the flag pole on the school campus. Then at the gazebo at the Chardon square, they were joined by fellow Chardon students and their parents, who had been asked by school officials to attend opening day with their teens. Students held a small prayer service and sang their school song.


As leaders of the high school, the seniors told their peers, they realized they were together in their fear of returning to the scene of the shootings. They would conquer their fears together; they would march together from town square to the school, in pride and solidarity.


All along the way, the streets were lined with residents of Chardon and other communities, showing their respect and love for the the students.
Would they enter the building by walking through newly installed metal detectors, I wondered. I hoped not. I recall the first time I had to walk through those scanners as I entered the Lake County Courthouse years ago. It was an uncomfortable feeling; one I hoped the students would be spared for that first return.


Happily, upon entering the building with their parents, instead of being scanned, each student was hugged by the superintendent and the principal. Their school was secured by blue-uniformed guardian angels---the Chardon and Geauga police professionals who had arrived to help them on the morning of the shootings. With parents, staff and a sea of blue uniforms, the students wouldn't feel alone or insecure in any part of the the building.
As I write this column, I am smiling at the TV coverage of the Madison-Chardon basketball game that took place in Willoughby late in the week. The Madison players wore black Chardon tee shirts, confusing game officials at first. When Chardon won the game, many of the players wept quite openly, as did many in the audience on both sides.


As a grandmother who felt such relief that her granddaughter was safe, I carried and still carry a deep sadness for the families who were not so lucky. That feeling is shared with countless people, including the students themselves.


God bless the people of Chardon; God bless the first-responders; God bless the school officials; all of you have superbly handled the aftermath of the shootings. God bless the mourning families...
And God bless the Chardon students and all the area students so generous in their support. You are young, but already you have proven you are leaders.
Posted by roseabouttown (Rose Moore) at 8:30 AM