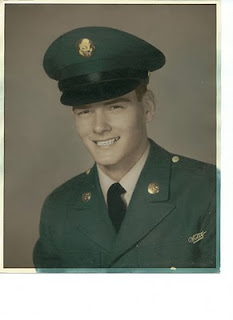 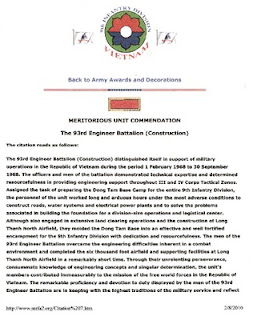 Because today is the birthday of my younger brother Ben Baldauf, I share with you an excerpt from my "Brother Ben's Tales from Nam" folder, containing reflections from my patriotic brother Ben, of whom I am justly proud:
Why did so many of my brothers-in-arms in Vietnam suffer such mental problems and anguish, when the WWII and Korean Vets (in my view) had it so much worse?
A personal epiphany I had a few years ago concerning Vietnam was this:
It hit me like a brick wall when a sizable number of the "Iraq War II" men and women began coming home with the same maladies.  It is a mental form of the bends. One day you are in the land of milk and honey...hours later you are in hell on earth for a tour of duty....then suddenly you are back in the land of milk and honey within hours.  Their is no mental decompression going in or coming out.  Also, coming out, most civilians certainly do not care to even be aware of what you have been through.
Worse yet for us Viet Vets was the venom and lies hurled upon us even to this day.  Hollywood being among the crueliest of offenders toward us, and toward the American cause at that critical time in the Cold War.
I did not have it terribly bad compared to many.  Most days presently, in my mind, my time "in country" never existed.  Never was.  Except when something jolts me, or when I wake up in a cold sweat and can actually smell Vietnam surrounding me.
Contrary to a fairly common belief otherwise, American honor was the rule and the policy (not the exception).   Restraint and hesitation were often not repeatable demeanors.  Quite a tightrope to walk.
I am so proud of these men and women presently serving our country.  What on earth possesses them to so honorably volunteer to give their lives, if need be, to a country where many Americans may care more about which reality show is on TV tonight?


Ben has lived in the Pacific Northwest for many years, having mustered out there and married there and raised his family there. HAPPY BIRTHDAY TO BEN!!
Posted by roseabouttown (Rose Moore) at 8:20 AM